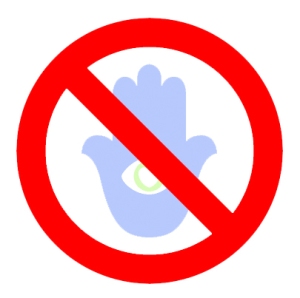 I’m not trying to be ‘different’ here- just harsh. I believe the creative people in this city need a little bit of tough love. Or a lot.

I was walking in Zamalek the other day and I came across Zafir T-shirt store. Remembering a post I read by Suzeinthecity, I decided to pop into the Zafir Studio in the first floor of the adjacent building to check it out. I’m not sure if it’s because I’ve attended way too many women bazaars at Le Pacha with names like ‘Fashionista’ (oh sue me, I’m easily intrigued) or that I’m not a fan of concept stores that don’t have an original concept- but I was not impressed.

In an attempt to tone this down, I have to admit that I’m picking on Zafir Studio as the latest addition on the tail end of a very persistent trend: the modern take on Egyptian folklore. If I see another Evil Eye bead,  Fez , Egyptian proverb or more painfully, a ‘Kaf‘ painted on anything from a tray to an earring or stitched on a clutch, scarf or blanket, I’ll start a public humiliation campaign to all predictable and unoriginal entrepreneurs. This is not say that I think our culture is uninspiring, on the contrary, I feel we’re not doing it any justice beating the same approach to it to a pulp and ultimately reducing its worth to an unfunny punchline.

I understand that its ‘fun’ and I shouldn’t take these things so seriously, but why should we all be riding the same wave till it miserably dribbles unto the shore? It feels as though we settle too easily, and for a country with an unparalleled sense of humour, why are we so easily pleased with mediocre funnies? Not just that, the approach itself is arrogant and overpriced, as though the items produced are instant ‘designer’ pieces, when they usually break at the first confused attempt to put them on. The people who can and do create need to avoid taking these paths of least resistance and instead, forcefully influence the taste of the people that buy into becoming better and more importantly, pickier. We need wit, punch and clever takes on culture to take our creations to a status that’s globally hip. I know that some of these entrepreneurs have got what it takes- so just try harder already. It’s desperately needed.